Figures in the Institute’s latest report card on the health of the mathematical sciences pipeline show at least 17.4 per cent of indigenous Year 9 students are below minimum maths standards by Year 9 compared to only 2.1 per cent of their non-indigenous peers. This figure jumps to over 50 per cent in remote areas. 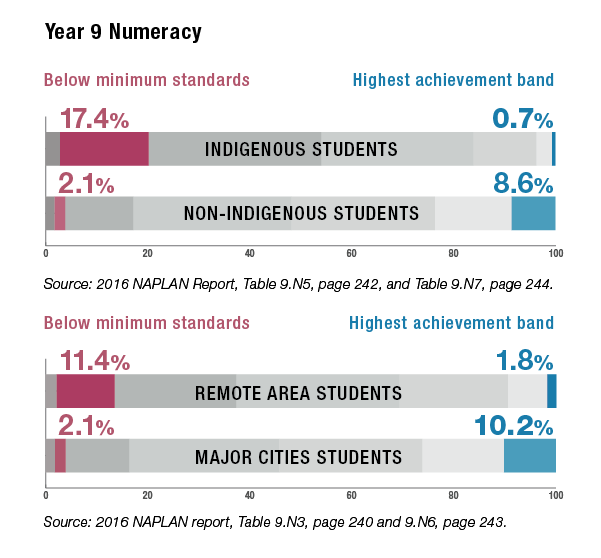 “This has disaster written all over it. Without a swift coordinated response, entrenched educational disadvantage will lock these students out of employment opportunities,” says AMSI Director, Professor Geoff Prince.

In an age of big data and automation, regional industry is increasingly reliant on a mathematically literate workforce. Low representation of indigenous and female students among Australia’s high maths achievers remains a challenge for skill supply. 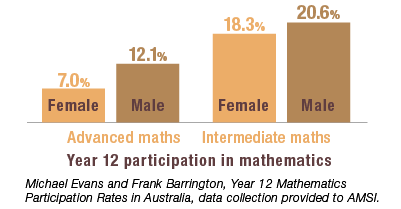 “20 years of low female participation and entrenched regional educational inequality continues to drive a maths deficit. If we do not build this capability, employers will seek skills overseas or relocate their research endeavour,” says Professor Prince.

According to Professor Prince, out-of-field teaching and a mathematical skill deficit in the classroom are significant causes.

National leadership a must to tackle out-of-field teaching

In Australia, at least 26 per cent of Years 7 to 10 maths classes are taught by an out-of-field teacher. This climbs to over 40 per cent in regional and low socioeconomic areas, more than triple the international rate of 12 per cent.

To combat increasing teacher maths anxiety, AMSI is calling for on-the-ground professional development for existing regional and remote teachers and support staff to increase expertise and the retention of maths qualified teachers.

“Training is critical to build teacher capability and confidence, particularly amongst indigenous teacher support staff who have a long-term classroom and community presence,” says Professor Prince.

Recruitment of indigenous and female mathematics teachers from Australian university mathematical sciences departments remains a priority to boost classroom skill levels. With women accounting for only 23 per cent of the academic mathematical sciences workforce and only four AMSI member academics and 151 students out of 10,000 identifying as ATSI, underrepresentation has the Institute worried.

“These numbers do not bode well for future indigenous teacher supply. Without decisive action this will only contribute to the systemic cycle of disadvantage entrenched in these communities,” says Professor Prince.